Modern smart phones include NFC (Near Field Communication) which lets you do smart things like pay for tube journeys with a tap of the phone. Now an enterprising Norwegian developer has come up with a new use for NFC in the shape of the Doorbl app. Instead of ringing a doorbell, you can now tap the front door with your smart phone.

Too lazy to answer the door? Now you can attach an NFC sticker to your front door in place of the doorbell. When visitors arrive, they tap their smart phone against the sticker and, if they have the Doorbl app installed, it will send a message to your smart phone to let you know they are at the door. If their phone doesn't have an NFC reader, you can also put a QR code on your door which they can scan using the camera in their phone.

In both cases, if they don't have the Doorbl app already installed, tapping the sticker or scanning the QR code will take them to a webpage where they can fill in their name so you can tell who is at the door, and you can even send a message back to them asking them what they want. And when all else fails, they can always bang on the door with their phone until you answer. Couldn't be simpler could it?

Before you dismiss this idea, let's look for positives. If you live on the sixteenth floor of a tower block with an entry system on the ground floor, or work in an office block alongside several other companies, this might make it easier for friends to contact you when they visit, or for courier services to deliver packages.

On the other hand, those buildings already have intercom systems. Even if it didn't, friends could just call you direct on your mobile. It doesn't need an app to manage it. Likewise, delivery companies ask for a contact phone number to deal with just these sorts of complications. If someone is too impatient to wait for you to reach the door, will they be patient enough to fill in a form on their mobile to tell you who they are and why they are calling? And no matter how clever the system is, you've still got to make provision for people who don't have a smart phone and don't realise that the NFC sticker needs a smart phone to make it work.

There are other drawbacks to this scheme which may not have occurred to you. Door to door double glazing salesmen, the very people you want to avoid, are going to quickly realise that they are much more likely to get you to the door if they avoid the app and continue to use the persistent knocking technique. Doors which have a lot of potential occupants, and hence a lot of QR codes attached, will become prime advertising billboards for other, unconnected businesses, to sneakily add their own QR codes or NFC Stickers to pick up some extra website traffic. And the app is free because it is advert-supported. That means every time someone rings your bell, you also get presented with an advert, and a privacy-busting ad network could get a bit more information about who goes where and who knows who.

Doorbl was conceived by a Norwegian app developer who says he developed it for his girlfriend who wanted to be able to send a "Please wait" message to visitors if she couldn't get to the door in time, (but presumably had enough time to look at her phone and type out a please wait message). Unbelievable but true,... an app developer with a girlfriend. 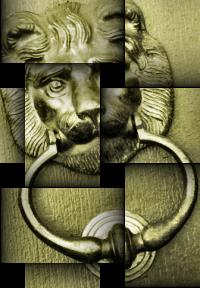