In June 2012 the European Commission signed legislation which will bring smart safety technology to new cars in the EU from 2015 onwards.

The legislation will require all new cars to implement a scheme called eCall. This box of electronics incorporates GPS and its own sim-free mobile phone circuitry. When the eCall detects that it has been in a collision, (typically one that is severe enough to have triggered the air bag sensor), the eCall box places a call to the local emergency services using the European-wide 112 Emergency Services number, and gives them the vehicle registration and a precise location of the accident allowing potentially life-saving faster deployment.

The proponents of the legislation estimate it will save up to 2500 lives over the next ten years across the EU, (or about 250 per year in total across the 27 member states) and are confident the cost can be kept below Ł100 per vehicle. On the one hand, that's surprisingly good value for money for such clever electronics. On the other hand, in the UK there were 2.47 million new vehicles registered in 2012 so that's a lot of additional money, well in excess of Ł200 million per year in the UK alone, which is going to be spent on imported car electronics each and every year to address one very specific safety issue, delays in reaching the accident due to no-one knowing the accident had occurred or the ambulance crew being unable to find the scene of the accident.

The UK has one of the best road safety records in Europe yet still 1760 people died on our roads in 2012, a figure which includes 122 cyclists. Slow EMS response is not a major factor in the outcome of UK road traffic accidents, and even where it has been a factor, there are other issues such as insufficient ambulances, remote locations, or the ambulance couldn't get through a traffic jam. eCall will not help in these circumstances. If we are going to impose another safety levy on motoring, wouldn't that money, Ł200 million per year in the UK alone, be better spent on addressing the top causes of road fatalities which are, in order, speeding, drink driving, careless driving, failure to wear a seat belt, and inexperienced drivers.

If we are going to spend money on consequences rather than prevention, shouldn't we be looking instead at, for example, having more fast response paramedics on motorcycles, or services such as the woefully underfunded Air Ambulances which provide life-saving speed for accident victims every single day? It costs less than Ł2 million per year to run an air ambulance yet we have just 34 air ambulance craft in the UK. Only one of those is funded by local government. The rest rely on charitable donations, fund raisers and fees from TV companies.

Is there a privacy concern here? Is eCall a "PRISM for cars"? Do governments want hi-tech in vehicles so they can keep track of you. Or perhaps it is so that they can implement pay-per-mile road usage taxes whilst hiding the cost under a safety feature "for our own good". The EU document which describes eCall (MEMO/13/547) indicates privacy is not an issue and says vehicles cannot be tracked because "the eCall in-vehicle system is only active when an accident occurs". However, the document contradicts itself when it justifies the cost by saying "It is also expected that the eCall technology platform capabilities of positioning, processing and communication modules could be exploited for additional services such as advanced insurances schemes, stolen vehicles tracking etc." 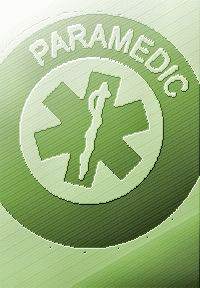