Could the newspaper photographer soon be as obsolete as the typist, telephonist and type-setter? The Chicago Sun-Times certainly thinks so.

Like other newspapers, the Chicago Sun-Times is seeing declining readership and is looking for ways to cut costs. In a move that other papers will no doubt watch carefully, the Sun-Times has laid off its 28 staff photographers, explaining that the future is not expertly framed pictures, but is instead video. It has issued an iPhone to each of its journalists who will be attending mandatory training sessions on iPhone photography basics, video and basic editing, transmission, and social media.

Whilst this is unlikely to signal the complete end of the staff photographer, I expect many journalists around the world will have to become more multi-skilled, especially those working on the smaller local and regional newspapers. We'll always have specialist photographers, to cover sports events for instance which needs telephoto lenses well beyond the capabilities of an iPhone but for small news stories, newspapers and TV will continue to make more and more use of opportunistic photography and "citizen journalism" submitted by members of the public.

Cameras are everywhere, not just traffic cameras and security cameras, but also in smartphones. None though seem quite as invasive as Google Glass, the inconspicuous lightweight camera system mounted in clear glass spectacles which can film you covertly in plain sight. John Simpson, the privacy policy director of the US arm of Consumer Watchdog, was critical of the product when he said "Google Glass is a voyeur's dream come true" whilst Larry Page of Google cited the widespread usage of smart phones equipped with cameras and responded that we would have to get used to a world with lots of cameras, even if they aren't head-mounted.

Given Page's "live with it" attitude to cameras, it might surprise you to hear that at its June 2013 shareholder's meeting in California, Google banned attendees from using cameras or wearing Google Glass during the event. 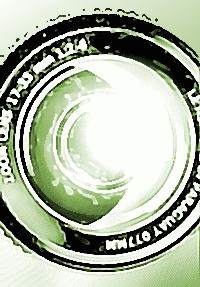