Nominet, the Oxford-based organisation which controls the UK domain name space wanted to make changes to the UK domain naming system. A public consultation last winter gave an overwhelmingly negative response to its proposals. So six months on, it is asking the question again.

That sounds attractive and most of us would probably say yes if offered yourname.uk without the dot org or dot co in the middle. But look at the practicalities. The biggest problem most people would have with this is the confusion it is likely to generate when used alongside the existing third level co and org names. You also need to consider that many people with org versions of UK names settled for that because the co version had already been snapped up, so if Nominet does decide to sell second level domain names there is going to be an unsightly scramble to get your name before someone else lays claim to it. Nominet had previously suggested that this could be resolved by holding auctions for names.

Even if you are perfectly happy with your existing co uk name, you are going to need to try to get the second level version just to protect your brand so its going to be an unavoidable overhead, and even if you dream up a completely new name for your next project that has never been used before, you are going to have to purchase all three versions of the name just to keep them out of the hands of competitors and others.

So whilst this proposal is likely to fill Nominet's coffers quite handsomely, it doesn't really increase the number of usable names within the UK domain space and does little if anything to help UK businesses and organisations with legitimate interests in names and brands. It just adds yet another annual fee to the cost of doing business on the internet.

When Nominet held a consultation on these proposals at the start of this year, 800 people responded and the reaction was predictably negative. Nominet has now tweaked the proposal and is now asking for fresh feedback by 23rd September 2013. In my opinion, the changes it has made do not address the core problems at all, but rather like the Irish Euro referendum, Nominet didn't get the answer it wanted first time so it has decided to ask again until we give the answer that it has decided is good for us. 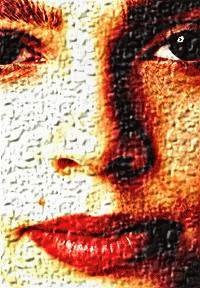