The latest plan from Whitehall is to recruit computer experts to teach the teachers, and turn Britain into a land of programming geniuses.

Speaking at the Bett Learning Show, held at Olympia, Michael Gove outlined plans to recruit a network of 400 experts in computer science to train up the teachers to deliver a new technology curriculum in English schools. "ICT used to focus purely on computer literacy", said Gove, "teaching pupils, over and over again, how to word process, how to work a spreadsheet, how to use programs already creaking into obsolescence, which is about as much use as teaching children to send a telex or travel in a zeppelin".

Some of you might be surprised to learn that word processing has gone the way of the telex, or that using a spreadsheet to systematically work out the cost of a project makes you a dinosaur. You might even point out that we never did teach kids to use telexes or travel in airships, or any of a range of more practical technology skills such as how to drive or service a car, but let's see what the new approach offers instead. "Our new curriculum teaches children computer science, information technology, and digital literacy, teaching them how to code, and how to create their own programs. Not just how to work a computer, but how a computer works, and how to make it work for you."

Under these plans, five year olds will start learning to code and from the age of eleven, children will be taught at least two programming languages. And why this change in the curriculum? Gove explained "These are the skills which the jobs of the future demand. From now on, our reforms will ensure that every child gets a solid grounding in these essential skills giving them the best possible start to their future."

Now call me sceptical but I am not convinced that jobs of the future will require everyone to be able to write computer programs or speak two programming languages. I'm passionate about programming but wouldn't go so far as to call it an essential skill. What relevance has computer programming ability got to the average doctor, lawyer, journalist, plumber or hairdresser? People who think programming is a core skill often have a very narrow view of the world and an even narrower view of what is an acceptable career.

People don't get jobs because they know how to use Microsoft Word and can do things with macros. They get jobs because they know what words to type into the word processor, how to structure ideas, how to communicate, how to spell. Neither is using Excel especially complicated. Anyone can use it to add up some numbers, calculate the average, do a cool 3D pie chart. The complicated bit is understanding the maths, the engineering, statistics or finance well enough to know why you need an average or to know what the pie chart is going to tell you once you've printed it.

Do we really need an army of amateur programmers in the workforce who have a basic knowledge of two computer languages which were popular ten years earlier when they were at school, taught to them by equally amateur programmers who had no real-life experience of writing mission critical commercial software and no idea of the amount of pain that poor usability and bug-riddled applications can inflict on your users?

You might say that teaching kids more about information technology can't do any harm, but is that true? There is only so much that can be packed into the week, and if we want everyone to learn two computer languages, what are we prepared to sacrifice? Do we forget about spoken languages? Geography? History? Music? Art? Sports and exercise? Remember, school is supposed to be about education, not just cheap training for companies wanting office minions. 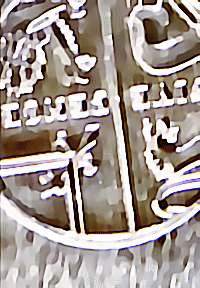