Each year we see security breaches and leaks of password files, but a small benefit of this is that it allows security researchers to examine large numbers of real-world passwords to look for patterns in the way people choose their secret codes.

Why do people continue to use such trivial passwords, and why do those people complain so bitterly when their email, twitter or CMS is hacked? There seems to be two problems. One is that people all too often think no-one will be interested in hacking them, and that passwords are just another bit of bureaucracy which officious system administrators like to impose on them. The other is that people are very bad at remembering secure passwords, so they think of something trivial and reckon no-one will ever guess it. (Please contact us if you would like help in creating cryptic but memorable passwords)

Another trend noticed by security researchers is that spam volumes fell slightly in 2013, although that still means about 70% of all email is spam. According to Kaspersky Labs, the biggest sources of spam were, in order, China, USA, South Korea, Taiwan, Russia, Vietnam and India.

It would appear that the main reason for the drop off is that otherwise legitimate companies are turning away from spamming as a way of advertising their products and realising that indiscriminantly mailing people who have never expressed an interest in your product often does more harm than good. The flip side of that is that your spam box is now even more likely to contain phishing attempts, fraud attempts, and malicious attachments. Kaspersky found that 3.2% of all emails contained dangerous attachments and viruses. It also found an increase in password phishing attempts against social network users.

Unfortunately, the spam problem continues to create a lot of collataeral damage. This newsletter is itself often blocked because over-zealous spam filters decide it must be spam. 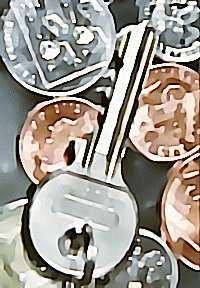