Japan is embarking on a program to launch seven GPS satellites to greatly improve the accuracy of GPS within its borders. Once they are deployed, from 2018 onwards, when you get lost in Tokyo, you will know just how lost you are to an accuracy of around one centimetre.

GPS works by triangulating the signals from at least three GPS satellites, and the more satellites in the sky above you, the better. There are currently 33 GPS satellites in orbit, and the orbits are chosen so that wherever you are on earth, you should be able to see several in the sky at any one time. However, Japan has particular problems affecting GPS usage. It is a mountainous country which can impede line of site to satellites, and in the cities it is skyscrapers which block out the signal. Atmospheric conditions can also cause some temporary inaccuracies. With these limitations, the best that can be achieved in many parts of Japan is 10 meter accuracy. Even 10 meter accuracy is impressive but Japan wants better coverage.

The first four Japanese satellites will be placed in geo-elliptical orbits which will look as if they are performing a figure of eight over Japan, ensuring at least one of these satellites will always be visible high over Japan. In addition, the project involves constructing a network of 1200 ground-based reference stations which continuously monitor the GPS signals and transmit correction data to the satellites. With these enhancements, the system is able to achieve accuracy of 1.3cm horizontally and 2.9cm vertically.

More satellites means more consistent coverage, but the improved accuracy also opens up more possibilities for advanced GPS applications. Consider parcel delivery companies for instance. They routinely collect signatures as "proof" that they delivered the package, but link those signature pads to an accurate GPS system and you can record exactly which front door they were standing at when they obtained the signature. Land survey is another option which super-accurate GPS opens up. For example, a landscape gardener could conduct his own survey of an irregular shaped garden and obtain an accurate plan and measurements, or biologists doing fieldwork could very precisely locate the positions of plant and animal findings when working on difficult terrain. The utility companies who run miles of cables and pipes under our roads could maintain much more precise maps of where each pipe and junction box is located.

The most obvious use of super accurate GPS though is in robotics, and it is this which will probably capture news headlines in years to come. In particular, self-driving vehicles need to have centimetre accuracy to negotiate turns safely, stop at the correct place next to the bus stop and so on. Using GPS for this will be much cheaper than embedding guide wires into every road and much simpler than video analysis, although video would still be needed for obstacle avoidance and safety of course. 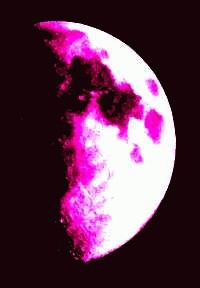