When police officers asked a motorist why he was parked on the hard shoulder of the motorway, he told them he had stopped because the display in his high tech car had warned him it was about to burst into flames. It turns out the display was showing the name of the song he was listening to on the music centre, that song being Adele's FIRE.

This information comes from a report by the Highways Agency which lists the more bizarre reasons offered to police last year by motorists who had stopped on the hard shoulder. Other excuses included a driver who had stopped to pick flowers, a couple in an open-topped sportscar who wanted to take pictures of their new born grandchild, and the driver who realised his insurance policy was due for renewal and was ringing around for quotes.

Whilst it is amusing to think of a driver being unable to understand the displays in his car, it does come at a time when people are asking questions about why cars are having more and more gadgets and social media technology added to them. For example, apps such Text'n'Drive and DriveSafely read out your text messages in a synthesised voice so you can listen to them whilst driving and reply to messages also through voice commands. Is such an app adding to driver safety by enabling the driver to keep their hands on the wheel and eyes on the road, or are they yet more driver distraction?

A selling point of higher-end models of cars now is that they have in-car social networking, where you can use a touch screen on the dashboard, not just for satnav and engine diagnostics, but also to check your Facebook pages and Twitter. Why should anyone need to check their Facebook page while driving? Do we need legislation to insist these addictive features should only operate when the car is in neutral with the hand brake on?

Road Safety campaigners are warning that if current trends continue, in-vehicle distraction will outstrip drink driving as the leading cause of death on the roads by the end of 2015. Volkswagen has launched a viral video campaign to highlight this issue and should be applauded, not only for taking this lead, but also for producing a video with such impact. 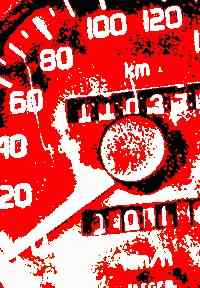