Do government statistics clear things up or just muddy the waters with misinformation? This month the government's Behavioural Insights Team published its first Mobile Phone Theft report which Home Secretary Teresa May lauded with claims it will help people make informed decisions about what handsets to buy.

The report, "Reducing Mobile Phone Theft and Improving Security" compiles data from Metropolitan Police records and the Crime Survey for England and Wales and covers a period from August 2012 to January 2014 and concludes that thieves stole more mobile phones than any other device. The most likely setting for a mobile phone theft was from a bag or from being left unattended on a bar table, and the biggest victim group was females aged 18 to 21.

In particular, the report states that more than 50% of all phone thefts were of an Apple iPhone, followed by Blackberry devices accounting for about 15% of all thefts, with Samsung smart phones coming a narrow third.

You could argue that numbers do not lie, but do these statistics really help people make informed decisions about which phone to buy? Without attempting to understand the cause and effect, these numbers are pretty meaningless. For instance, perhaps iPhones appeal more to the people who go to pubs and clubs where theft is easier whereas another brand may appeal more to people wearing suits in offices. It is also likely that someone who has a shiny new iPhone6 stolen is going to report it to the police and make an insurance claim whilst someone who has been robbed of a cheap pay-as-you-go outdated Android might just shrug and simply go out and buy a new one. Added to that there is the potential fraud factor. If you have seriously damaged a top-end phone like an iPhone, it might be tempting to report it stolen from your pocket and claim it on insurance rather than pay expensive repair fees.

You have to take figures like these with a pinch of salt. For the government to claim that this is empowering people to allow us to make better purchasing decisions is misleading. The message that comes out of this report and the way it has been presented seems to be that you are partly to blame if you buy an iPhone, because its somehow easier to steal than another brand.

This political posturing unfortunately overshadows the good things in the report and the significant police effort that goes into this. For instance, the UK police have, since 2003, run a website called Immobilise where you can register your phone's unique hardware ID number which means that the police throughout the UK find it easier to identify phones as being stolen and return them to their rightful owners. You can also register cycles with them. You have probably never heard of this service because it is free and has no advertising budget. Perhaps the Home Office should spend more on promoting this and less on consultants and surveys. 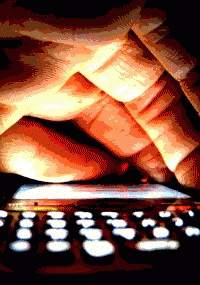