Oxford University researchers are planning to build the largest quantum computer ever made, and expect to have it up and running in five years, making the UK a world-leader in quantum computing technology.

The Oxford Hub for Networked Quantum Information Technologies is one of four hubs around the UK which are funded by Ł270 million of investment from the Engineering and Physical Sciences Research Council, of which Ł38 million is government funding. The ambitious project brings together a dozen industrial partners and nine universities, and the flagship goal is to build the Q20:20 machine, a fully-functional small quantum computer. This device will far exceed the capacity of any previous quantum information processor and its design is fundamentally scalable, so that it will, it is hoped, open the pathway to quantum computers big enough to tackle any problem.

Sounds impressive, but what is quantum computing, and why is it important? Surely we already have enough computer power with massively fast processors, multi-processor designs, and scalable cloud servers?

It is true that we have a lot of computer power, but nevertheless there are some problems that are computationally very difficult. Take factorisation, for example. If I asked you to multiply two numbers together, say, 37 times 53, that's not too difficult, and some of you can even do it in your head, and get the answer 1961. However, if I do it the other way round and ask you to work out which two whole numbers I multiplied together to get 1357, that's a lot harder to do. You have to try dozens of possibilities before you find a solution that works. If you already know one of the two factors then working out the other one is trivial, but if you don't know either factor, its really difficult. I could also have given you a number like 1709 where there simply isn't a solution.

Computers can solve those problems much faster than we can, but even for a computer, factorisation is a lot more difficult than multiplication. Using bigger numbers makes multiplication slightly harder, but it makes the reverse process of factorisation much much harder. Such problems are not impossible to solve, but they are difficult and if we try to factorise very large numbers, even the fastest computers would take many many years to solve the problem. Calculations like this are said to be computationally intractable.

And this is where quantum computing comes in. Traditional computers use binary logic where everything is expressed as well-defined zeros and ones. Quantum computers use the baffling and truly bizarre quantum world of the building blocks of the universe, a world where things exist in a fuzzy cloud of all possible states and a single particle can be in more than one place at the same time. Scientists theorised ways we could harness this spookiness to create a single unit of fuzzy information called a Quantum Bit or a qubit, but even handling one qubit of information and maintaining this state of fuzziness is a delicate task which challenges the world's best physics laboratories.

If we could manipulate qubits successfully then we could, in theory, build quantum computers which would be able to solve certain classes of intractable problem faster than any conventional computer ever could. For example, complex searches of very large databases and simulation problems such as predicting the weather or predicting the biochemical effects of a new drug could all be performed significantly faster. Communications algorithms could be made much more secure using quantum technology and massively parallel problems such as machine learning and visual processing become more practical. It sounds fine in theory, but can we actually build a quantum computer?

Back in 1994, mathematician Peter Shor worked out an algorithm that would allow a quantum computer to factorise a number. In 2001, researchers at IBM announced that they had succeeded in building a quantum computer in the laboratory which implemented Shor's algorithm. The drawback was that the limit of its ability was to factorise the number 15 and work out that this was 5 times 3. To do this, IBM had built a seven qubit computer. Another thirteen years on, twenty years after Shor's original work, MIT is the current world record holder in quantum computing, having succeeded in getting 12 qubits working side by side.

Clearly we have a long way to go yet, so don't expect to see quantum computing chips in your laptop any time soon, but if Oxford University and its partners succeed in building any sort of stable and scalable quantum computer platform by 2020 then it will certainly be a game changer in high end computing, the Ł270 million of investment will seem like pocket change, and it will be another major milestone in computing history. 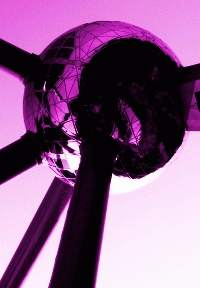