Ever since the Charlie Hebdo attacks in France in January, politicians have been falling over themselves to grab the moral high ground, play the terror card, and tell us this is why we must live in the goldfish bowl of a surveillance society.

Meanwhile, Lords Blair, King, Carlile and West attempted unsuccessfully to reintroduce widespread police surveillance powers as a late amendment to the Counter Terrorism Bill. Lord King seemingly believes WhatsApp is a major part of the reason for the the advances of Islamic State across Syria and into Iraq, and when speaking about social networking applications during the debate he said "I do not know about them, but it is absolutely clear that the terrorists and jihadists do".

Do we really want to outlaw privacy and give police and security services sweeping powers to routinely read and categorise all of our private communications, build up relationship maps of who we communicate with, where we travel with our GPS enabled smartphones, where we drive our cars, where we spend money with our credit cards, what websites we look at, and to ban any applications which might let us have private and intimate conversations? If it would help to identify terrorists and prevent attacks such as we saw in France and Denmark then maybe we would, but we really should question this propaganda coming from governments.

Would mass surveillance Prism-style of emails have helped the French intelligence services identify the Kouachi brothers as potential terrorists? No, it would not, because it emerged shortly after the shooting that they had already been persons of interest to the intelligence services for years. Likewise, Adebolajo and Adebowale who murdered British soldier Lee Rigby were already known to MI5. In both cases the problem certainly wasn't lack of intelligence. It was lack of manpower to investigate and act on it.

Do we need laws to enable security services to monitor the communications of suspects, tap their phone lines, monitor their emails and banking records, track the movements of their mobile phones? No, the police already have the power to do that, provided it is done with proper judicial oversight and court warrants.

Could Hebdo-style attacks be prevented if only police could crack the encryption used to plan these attacks? No, because criminals and terrorists rarely attempt to use encryption. Security experts agree that using encryption just draws attention to yourself. It is much more effective to employ the long-used method of sticking to open unremarkable communications and buried within it to use pre-agreed code words and phrases when they wish to convey information about weapons, people and plans.

Despite all these objections, politicians still play the trump card, "if you've nothing to hide then you've nothing to fear", but even that is deeply flawed. Even if we ignore our fears that some police officers will leak data to journalists or private investigators, or the mission creep that will see more and more officialdom being given access to our private lives, thoughts and relationships, even if we ignore those concerns, it is still flawed. Put a weak backdoor in encryption and sooner or later that backdoor will be exploited by overseas security agencies, by industrial spies, by identity thieves.

It came as a pleasant surprise though that some voices spoke out against the Big Brother surveillance society and in favour of the right to privacy, and not just voices from the technology community. The most well known of those voices in support of privacy, and perhaps the most unexpected, was US President Barak Obama, who snubbed Cameron's call to ban encryption and said it should be a matter of public debate and consensus, not something imposed on a society by its political leaders. He said he was sympathetic to the position of law enforcement but explained:

"Ultimately everybody, and certainly this is true for me and my family, we all want to know that if we are using a smartphone for transactions, sending messages, having private conversations, that we don’t have a bunch of people compromising that process. There is no scenario in which we don't want really strong encryption." 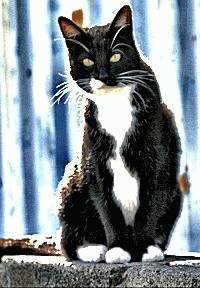