Biting back against robot diallers

According to the Information Commissioner's Office, the business was believed to be using automatic dialling technology to make four to six million recorded telephone calls a day. The calls were made anonymously, sent without consent and it was impossible to opt out of receiving them. When a connection was made, the equipment played a recorded message. Four to six million calls a day seems like an incredibly high number, but that is the figure published by the ICO in all its reports. One wonders how the telephone company supplying them with the lines could not have noticed the huge number of outgoing calls they were making.

"The rules on making recorded messages are clear, and if the evidence proves the law has been broken we will act", said the ICO spokesman, David Clancy. But what action would be appropriate? The actions available to the ICO are limited to things like an enforcement notice asking them not to do it again, up to a maximum fine of Ł500,000. Even that fine seems trivial if they have been making millions of unwanted nuisance calls per day.

Could the telephone companies do more to address this problem? They certainly could. For instance, they could ensure that commercial users are not allowed to hide the caller ID or use a fake caller ID. British companies are required by law to identify themselves accurately on written communications, emails and websites so why are they allowed to mask their numbers when junk calling people? Why do telcos even give them that ability? And why do the telcos not provide a number for easy reporting of junk calls?

Despite the difficulties in reporting them, in total there were over 175,000 complaints related to nuisance calls and texts made to the ICO for 2014. 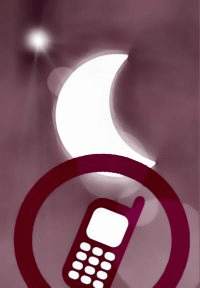