The internet has made crowdfunding practical, a way for inventors and entrepreneurs to raise investment for projects. Kickstarter has been the most successful funding platform, but recent events show it is not as safe for investors as you thought.

Triggertrap is a company which sells various devices and app for phones which allow for creative ways to trigger the camera, such as using a microphone to detect when you clap your hands or whistle. It took to Kickstarter to raise money to allow it to build a hardware version called Triggertrap Ada. Essentially, people could use Kickstarter to pre-order one of the products which was described as "one of the fastest, easiest to use, and most affordable high-speed flash and camera triggers money can't yet buy".

Triggertrap had a Kickstarter goal of raising Ł50,000, and by November 2013, it had far exceeded it, raising Ł290,000, for the modular system which it said was ready to take to production, and undertook to deliver the product by May 2014. In reality it had miscalculated the amount of work left to be done and the cost of production. At the start of March 2015, ten months after its scheduled delivery date, it announced that it had failed to develop the product, and was refunding just 20% of the money it had raised through the Kickstarter campaign.

It is no surprise that investors are upset by this. Why was the project presented as ready to take to production when this was clearly not the case? Given that Triggertrap's Kickstarter campaign said it needed Ł50,000 to get the product to retail, why did it spend its way through Ł200,000 of investors' money before it realised it could not deliver? By its own figures, 30% of the Kickstarter money was spent on its own staff costs, and another 23% on "firmware development", (which is also essentially salaries for software engineers). Indeed, one might ask why, if they needed Ł50,000, did Kickstarter quite happily continue taking pledges and handing over money, far in excess of the funding goal?

So if Kickstarter doesn't vet projects before accepting them, isn't a part of the contract between yourself and the project, and doesn't hold a reserve to compensate investors in failed projects which it has encouraged and promoted, what exactly does Kickstarter do to merit such a hefty commission? 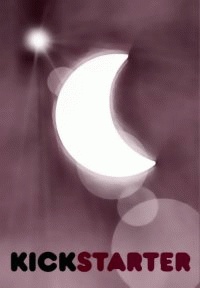