Whilst police forces in parts of America are reeling from the repercussions of police behaviour caught on camera, the London Metropolitan Police has taken the brave step of announcing that it is to begin purchasing up to 30,000 body cams for officers on the beat, to make itself "the most transparent police force in the world".

I am a big fan of dashboard video cameras, not just for police cars but also for commercial drivers and the ordinary motorist. As well as providing an objective record in the event of an accident or insurance claim, the dashcam is also a reminder that you cannot hide from your own bad driving and I believe it can encourage drivers to be more critical of their own approach to driving and to drive more safely. Fitted in police cars, the dashcam provides invaluable evidence collection, although I do have qualms about the amount of police footage that makes it into TV light entertainment shows.

The next logical step for the police is to use body cameras so that they can record the daily interactions between officers and members of the public, for both evidence collecting purposes and to ensure that UK police officers meet the very high standards of behaviour and procedure which we have come to expect, standards which we should treasure. Bodycams have been trialled successfully on small scales and proved very effective in evidence collection, so we should expect them to become standard issue equipment in the coming years.

The logistics of a bodycam is slightly more complex than a dashcam. Perhaps the biggest technical obstacle is power supply. Powering a video camera for an eight hour shift is no mean feat. A dashcam takes its power from the car and switches itself on and off automatically. A body mounted camera needs a battery pack and relies on the officer remembering to keep it charged, remembering to turn it on and off, and so on.

The sheer volume of data collected by these cameras will also be an issue. You can get some wonderfully detailed pictures from quite tiny video cameras these days, and each clip can be datestamped and marked with a GPS location, but the better the quality, the more storage you need. For eight hours of good quality video we are talking around 32GB of storage. Of course, the police are already skilled in handling, storing and indexing the video from their dashcam units, but potentially there will be a lot more body cams in use, and the sheer scale of the problem must present challenges.

There are some legitimate concerns that this could make us even more of a surveillance society, especially with developments in facial recognition. With so much bodycam footage available to police, it seems inevitable that some will want to routinely process that data to build up a detailed map of each and everyone of us, all in the name of the war on terror of course.

Perhaps the biggest problem though will be the emergence of armchair experts who believe that the camera represents what the officer sees and who will pick through footage, frame by frame, to "prove" that an officer could have and should have acted differently. These people will conveniently forget that the eye only focuses on a small field of view compared to a camera lens, and that making real-time decisions in a stressful situation is a lot harder than reviewing the same footage dozens of times looking for clues and anomalies. 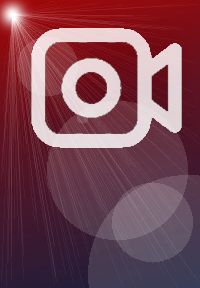