Is G-Fast on the horizon?

No, its not the latest wonder diet product. G-Fast is the telecoms standard which could see broadband speeds of up to 500 Mbps over a telephone line, and BT Openreach is set to conduct field trials in Swansea, Huntingdon and Gosforth.

Using the G-Fast technology, data can be pushed over copper cables at speeds of up to about 500 Mbps, but only for premises within a hundred meters of the fibre connection in the BT street cabinet. At a distance of 250 meters, the speed drops to 150 Mbps, and at 500 meters it is down to 100 Mbps. That is still considerably faster than current ADSL and some of the distance limitation can be overcome. The cabinet technology for G-fast is said to be as small as a shoebox with low power requirements, and telecoms operators are looking at the possibility of mounting these closer to the consumers, on the telegraph poles, to give much better coverage and fast connections.

The G-Fast standards were finalised and published by the International Telecomms Union in December 2014. Once those standards were finalised, chip makers were able to begin designing chips to handle the protocols and seven manufacturers demonstrated compatible prototype chip sets in February 2015. That in turn allows other companies to begin designing the equipment to use those chip sets and package them into business and consumer products. Meanwhile, BT Openreach is conducting field trials using prototype equipment from Alcatel Lucent to work out issues such as how best to route the cabling, to test real-world reliability and so on.

BT's work on G-Fast is taking place under its Openreach umbrella and it says the technology will be available to all of its broadband resellers on an equal basis. It has also set up a testing lab at its communications centre in Swansea to allow researchers and communications providers to trial applications and hardware using the G-Fast technology. It says that provided there is a "supportive environment for investment", they expect to be able to provide 500 Mbps broadband to most of the UK within ten years.

What will be the effect of wide-scale superfast and affordable broadband? It would certainly open up more capacity for video-rich applications delivered online. It will also make cloud computing much more practical, and be even more reason to keep your documents on remote disk storage rather than local copies, even for quite large documents. That in turn might make regional offices and home-working much more practical. With more spare capacity on the networks, and more infrastructure, operators might add more wi-fi points to produce better and faster coverage for mobile devices, phones and tablets. And of course, websites themselves should be faster, provided developers don't use fast broadband as an excuse for poor optimisation and bloated designs.

The danger of superfast broadband is that the distribution of the service will be patchy, with some areas enjoying a luxurious 500 Mbps, others limping along at 8 Mbps, and some remote rural areas struggling to get any sort of affordable connection at all. Politicians of both parties have been promising an end to the digital divide for more than five years now, yet a paper published this month by the Department for Culture, Media and Sport says "We want to achieve a transformation in our broadband access, with everyone in the UK able to access broadband speeds of at least 2 Mbps by 2017". Yes, a mere 2 Mbps sometime in the next two years is called a "transformation".

Want to know how fast your broadband is? Use an online checker to see what speeds you are getting: 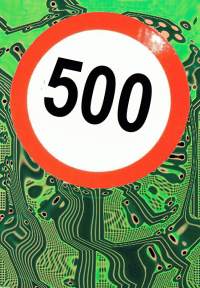