Google has emailed its Calendar users to tell them that the SMS reminders service will be withdrawn on June 27th, although they will still be available to people who have a paid subscription to Google Apps. Is this the beginning of the end for SMS?

SMS, the Short Message Service, designed to send messages of up to 140 characters was once the darling of the mobile phone industry, with most vendors offering plans which included thousands of texts per month. Google says though that text messages were designed before smart phones became available, and that these days users can get a richer and more reliable experience through their internet connectivity. That makes a lot of sense.

Is this a signal that text has had its hey-day? There is certainly a cost issue involved with text messaging which is not incurred with internet messaging. Even though heavy users of SMS can buy texts in bulk for less than one cent per message, for a service with millions of users, that can still add up to a hefty telephony bill. Google still uses SMS for two-factor authentication, as do other services, and it is surprising that banks and credit card companies haven't made more use of SMS as a security measure. For example, if Visa or Mastercard were to send me an SMS every time my card was used without me being present, such as ordering goods online or over the telephone, it would allow me to very quickly alert the bank to unauthorised transactions.

Twitter's tweets are also limited to 140 characters and the reason for this was that it was originally conceived that people would use SMS to send and receive tweets, and that Twitter would enter into deals with phone companies to take a share of the SMS revenue it generated. This business model never took off and Twitter, despite having 300 million active users worldwide, 25 offices, and 3,900 employees, has yet to show a profit since it was founded in 2006. Nowadays, the 140 character limit feels like an anachronism although it is still useful in forcing people to focus their message and is perhaps the only thing that keeps Twitter's bandwidth requirements manageable. Twitter has recently announced that direct messages sent through Twitter will have this limit removed although public tweets will still be limited in size.

It is interesting to note that in 2015, the top ten most followed people on Twitter, each with more than 40 million followers are, in order, Katy Perry (72m), Justin Bieber (65m), Barack Obama (61m), Taylor Swift (59m), YouTube (52m), Lady Gaga (48m), Justin Timberlake (47m), Rihanna (46m), Ellen DeGeneres (45m), and Britney Spears (42m). Apart from YouTube and Barack Obama, the rest are squarely in the sphere of US mainstream pop culture, and its a credit to Obama that he is in that list at all. Our own prime minister, David Cameron, notches up just a million followers, The most followed UK accounts are similarly pop culture based, with Harry Styles currently top of the list with 22 million followers followed by Adele and One Direction, both with 21 million. Notable in the UK lists, just creeping in at number 10, is BBC Breaking News with 11 million followers.

Twitter, in an attempt to cover its losses, is trying to develop the service into an advertising platform, even though the web is already awash with advertising platforms. It will profile us, track us, and inject an increasing dose of adverts into our twitter streams. Meanwhile, Hollywood, the TV companies, and the music giants who get fantastic publicity out of their Twitter accounts at no cost to themselves must be laughing all the way to the bank. 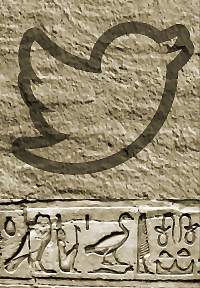