Angeles Duran from Spain is attempting to sue eBay for ten thousand Euros after it refused her listing to sell the sun. Ebay blocked the sale on the grounds that the sun is not tangible and cannot be sold. Duran insisted that it is a real product.

You would think it was self-evident that the sun is not Duran's to sell, that no-one can own the sun, and there is even the United Nations Outer Space Treaty 1967 which says signatories may not own celestial bodies, but as signatories to that treaty are nation states, it cannot in itself prohibit individuals from claiming ownership.

Clearly, Duran did not discover the sun and she has not been to the sun and planted her flag on it, but what she did do in 2010 was go to a notary to have them countersign her document in which she claimed ownership of the sun and is presenting this as legal evidence. A notary is a person with the legal authority to witness and countersign documents and to prove their existence. The signature does not mean the notary has validated any legal claims within the document.

Duran's initial use of this document was to try to bill solar power users for use of her asset, and when that failed, she began selling one metre square plots on the surface of the sun for one Euro each. Amazingly, around 600 people on eBay were gullible enough to buy these plots before eBay shut her down, resulting in the case which is now due to be heard in a Spanish court.

It is not the first time that people have tried to claim ownership of heavenly bodies. Perhaps most famously, American citizen Dean Lindsay claimed the moon in 1936, and had his claim of ownership countersigned by a notary public. In 1954, a lawyer in Chile, Talca Fuenzalida, used laws regarding land without title deeds to claim retrospective ownership of the moon since 1857, whilst Martin Juergens from Germany claims that the moon was bequeathed to his family in 1756 when Prussia's King Frederick the Great gave it to one of his ancestors for services rendered. Just last year, Sylvio Langvein of Quebec tried to file documents with the Canadian Court in which he laid claim to four of Jupiter's moons, all the planets of the solar system, and the interplanetary space between them. Fortunately the court would have none of it.

Today there are numerous sites on the internet that sell packets of land on the moon, the planets, or even asteroids, and even more gullible fools who keep these operators comfortable by handing over good money for worthless titles. For example, the self-styled Lunar Embassy Commission has sold around 2.5 million plots on the moon at $20 per plot. That is not the only way that claimants have sought to make money though. In 1980, Dennis Hope of San Francisco registered himself as the owner of the moon and billed both the USA and the USSR to the tune of $55,000 dollars for littering. In 1997, three Yemenis claimed to have inherited Mars from their ancestors, three thousand years ago, and attempted to sue NASA for trespass.

But back to the Spaniard who started this story. I am not a lawyer, but if Duran goes to court and stands by her claim that the sun is her exclusive property, doesn't that also mean she is responsible for its health and safety issues? Last year I was burnt by the sun. Perhaps I can sue. 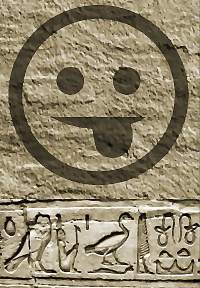