Social networking was the band-wagon that a lot of people missed, but it doesn't stop others coming along and trying to create a social networking bandwagon of their own. Trouble is, these new bandwagons are anything but social, and in some cases the wheels have already fallen off.

Earlier this month saw the announcement of yet another new social networking app with aspirations to change the world called Peeple. We've heard of reviews for products, reviews of hotels. Well now you'll be able to review people you know too. We are not just talking about politicians and sports stars. You can review and rate anyone, especially friends and colleagues. The press release for Peeple says that this information will "allow us to better choose who we hire, do business with, date, let babysit our kids, become our neighbours, roommates, landlords or tenants, and teach our children".

The cynics amongst you will immediately think how this app is doomed to failure because people will just delete the negative comments that others make about them, or if they have a particularly chequered history, just never register for the service in the first place. But the designers have thought about that. You don't sign up for a profile and you cannot opt out. People who want to comment on you create a profile about you, whether you like it or not, anyone can post comments about you, and you cannot delete information. It takes about thirty seconds of thought to realise that this is a recipe for character assassination, is going to be far from social, but will surely be welcomed by bullies and stalkers.

The founders of this ill-conceived idea, Julia Cordray and Nicole McCullough, found themselves on the end of very negative comments about the app, and a barrage of complaints on the company's Facebook page, so much so that at one point Cowdray tweeted "Anyone know how to stop people posting comments on a company Facebook page?". So the founders of an app which is designed to allow unsolicited uncontrollable negative feedback take exception when they themselves are subject to unsolicited uncontrollable negative feedback.

The app is due to launch in November, although with so much over-whelmingly negative publicity, it is hard to know if investors will pull out or not. In what appeared to be a final message, the founders wrote a grandiose missive which begins "An Ode to Courage: Innovators are often put down because people are scared and they don't understand. We are bold innovators and sending big waves into motion and we will not apologize for that because we love you enough to give you this gift."

Are you in the know?

Just as worrying is an app called The Know which presents itself as a 21st century dating app. Want the low down on someone? You go the dating website and fill in a short survey about the person you are interested in. The twenty questions asks you for the name of the person, their address, phone number, age, where they live, where they work, the type of car they drive, so that it can create a profile on that person, (and that information is a gold mine to the advertising and junk mail industry). It then sees if any other user has registered as knowing the same person, and if so, it connects the two of you anonymously so you can discuss them.

The rose-tinted objective of this system is so that you can make better dating decisions, and then explains you can use this system to "keep tabs on your partner", find out if they are dating someone else. A concierge function will notify you every time someone else expresses an interest in the same person. As with Peeple, this isn't a system you sign up for, and it isn't a system you can opt out of, but it is dragging stalking into the 21st century. 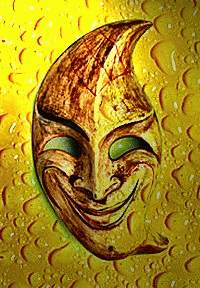