The web has evolved a long way in the 25 years since Tim Berners Lee's pioneering work, but he still takes a hand in steering and safeguarding it.

Berners Lee does say that with hindsight, there are some things he would have done differently, such as not having the double slash after the colon in http. To a programmer, those double slash pathways make perfect sense, but its a very machine-oriented way of looking at the information, not user-friendly. Another thing he would do differently if starting again today would be to build security in as standard. But we would all do things differently with hindsight, and the web continues to evolve each and every day.

The most recent addition to the HTTP protocol is the addition of error code 451. We've all see these cryptic error codes at some time or other, and you may be familiar with error 404, which means the server cannot find the page or document you have requested, and 403 which means you are not authorised to use the service because, for instance, you don't have the right password.

The new error code, 451, allows servers to indicate that they do have the document, that you have the right credentials to access other documents in that space, but for legal reasons they are not allowed to serve that particular document to you. Whether or not many servers will implement this remains to be seen since it isn't likely to help anyone any more than the existing codes already do, and in those cases where the legal reason is, for example, suppression of dissident views, the censor probably doesn't want you to know that censorship has taken place anyway.

It may interest you to know that 451 was chosen as the code in tribute to Ray Bradbury's dystopian novel, Fahrenheit 451. Published in 1953, it is a story about the banning and burning of books. Bradbury chose that title because he says it is the temperature at which paper ignites. 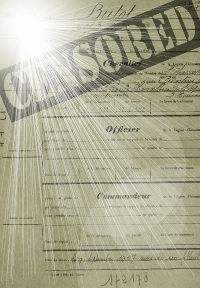