No word for entrepreneur

George W Bush once told Tony Blair "The problem with the French is that they don't have a word for entrepreneur". But did he really say that? It was in the newspapers, so it must be true.

Well, maybe not. The closest anyone seems to have got to a source for that is that it was supposedly disclosed by politician Shirley Williams, who said she had heard it from Prime Minister Tony Blair, although the PMs office denied any such conversations ever took place. The origins of that quote more likely come from ten years earlier when John Redwood, Secretary of State for Wales, (the same Welsh secretary who famously mimed singing the Welsh national anthem), speaking in Wales told the welsh audience that there wasn't even a word in Welsh for entrepreneur, to which a heckler from the back of the room responded "and what's the English word for it then?"

Whether or not that story is true is uncertain, I saw it reported as a verbatim quote in some broadsheet newspapers, some ten years before it mutated into the format later attributed to George W Bush. Today, more than a decade after Bush supposedly uttered it, and despite lack of any evidence, it is repeatedly quoted in lists of famous Bush blunders. He undoubtedly did come out with some genius statements, such as "Our enemies are innovative and resourceful, and so are we,... they never stop thinking about new ways to harm our country and our people, and neither do we". We know he said that, we have the video evidence to prove it, but not everything you read is true, even if its a "well known fact".

Some of the mistruths you read are anecdotes that changed with each retelling but once had a grain of truth somewhere. Others are fake facts created deliberately. For instance, scientists nowadays talk about a flange of baboons, rather than the older term, a troop of baboons. The collective noun flange was dreamt up purely for comedic effect by Richard Curtis when writing a sketch called Gerald The Intelligent Gorilla, for the 1980s hit TV programme, Not The Nine O'Clock News.

Wikipedia has been fertile ground for sprouting fake facts. This month it was discovered that the Wiki article about Guillermo Garcia, the oil and forestry magnate in 18th century South America was a work of complete fiction, despite the article having existed for ten years and is the longest known hoax to date on Wikipedia. Since Wikipedia has only been around for about 15 years, its going to be difficult but not impossible for a wiki hoax to top this one for longevity.

Another wiki hoax discovered earlier this year was an article about an Australian aborigine deity Jar'Edo Wens, (presumably Jared Owens) and listed a minor deity figure as Yohrmom (Your Mum). During its ten year lifespan, this hoax gained added credibility when it was cross-linked by wikipedia editors to articles on mythology, and Australian culture. Some of the other long lived hoaxes are about fictitious rock bands, such as The Doggs who were supposedly a mid-1960s British rock band, and The Falsetto Basses, from Ashville Carolina, who for eight years existed only in Wikipedia where it was claimed they had two hit records.

Some of the wiki hoaxes have been surreal. For seven years Wiki carried an article about the Japan Academy Prize, which was claimed to be "A prize awarded for Outstanding Achievement in winning an Outstanding Achievement prize", and a very short-lived hoax in which someone changed the page about the Messenger space probe. Its destination was Mercury. Someone changed it to say Canada.

But funny as some of these are, we now don't even know if the hoaxes are themselves part of some other hoax. For instance, maybe there really was a famous TV actress called Catherine Higgins, and the claim that she was a Wiki hoax could itself be a bit of elaborate social engineering to see how many people they can fool into thinking she was imaginary. No doubt someone will now believe this off the cuff observation of mine must be true as well and cite it as evidence that Catherine Higgins really was a famous actress who has been erased from history.

The Washington Post has, for 18 months, run a weekly column on what is fake on the internet, but last week it announced it was discontinuing the column because there is just too much fakery out there to keep track of it all. The reason for so much fake stuff, it says, is economic. It says: Internet entrepreneurs have realized that few things drive traffic to websites as effectively as stories that vindicate or inflame the biases of their readers. Where many once wrote celebrity death hoaxes or satires, they now run entire, successful websites that do nothing but troll convenient minorities or exploit gross stereotypes. 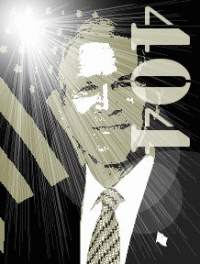