With social networking, everyone has access to the media, and when a group feels slighted by remarks, they can take to Facebook and Twitter with a vengeance. And that's just what happened in Philadelphia recently.

The Philadelphia Eagles is a rough tough American Football team. The average height of their players is 6'2", the highest average in the NFL, and the average weight is just shy of 247 pounds, (which is over 17 stone in old money). For those of you unfamiliar with American Football, the team consists of around 45 players, but only eleven are on the pitch at any one time, and substitutions occur frequenly as the situation changes on the field. The season runs from September, and teams plays 16 games spread over 18 weeks, (each team has two rest weeks).

But the Eagles have not had a great year. Following the final game, head coach Chip Kelly was fired and one disgusted fan took to Facebook afterwards and complained the team had "played like they were wearing tutus".

The Pennsylvania Ballet took exception to this remark, to the disparaging link between wearing a tutu and being athletically disappointing, and it went onto Facebook itself to say as much with this withering response:

"With all due respect to the Eagles, let's take a minute to look at what our tutu wearing women have done this month: By tomorrow afternoon, the ballerinas that wear tutus at Pennsylvania Ballet will have performed The Nutcracker 27 times in 21 days. Some of those women have performed the Snow scene and the Waltz of the Flowers without an understudy or second cast. No second string to come in and spell them when they needed a break. When they have been sick they have come to the theater, put on make up and costume, smiled and performed. When they have felt an injury in the middle of a show there have been no timeouts. They have kept smiling, finished their job, bowed, left the stage, and then dealt with what hurts."

"Some of these tutu wearers have been tossed into a new position with only a moments notice. That's like a cornerback being told at halftime that they're going to play wide receiver for the second half, but they need to make sure that no one can tell they've never played wide receiver before."

"They have done all of this with such artistry and grace that audience after audience has clapped and cheered, and the Philadelphia Inquirer has said this production looks better than ever."

That wonderful riposte went viral, and should be a reminder to us all that when we are talking on social media, we are not talking to a small group of like-minded friends, we are talking to the world. And for those of you who think the tutu was a was a 1980s fashion statement, this is a rock singer sporting a tutu in 2015. 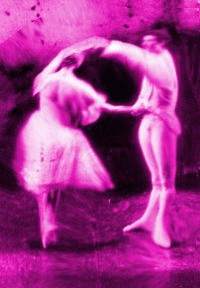