Are the robots ready to take over the world? You might think so, given the publicity that often surrounds advances in robotics, but maybe we haven't yet reached the point where the machines take over.

Industrial robots really made their mark in automotive assembly, and paint spraying robots even became the stars of TV adverts, but car giant Mercedes has said it is going to de-automate its assembly lines. Mercedes plans to add 30 new models to its line up in the next four years, and will offer a lot of customisation in the manufacturing process, including features picked by the buyer, such as in-car technology, upholstery colours, and so on. The company feels humans are better than robots at coping with this degree of variation.

"Robots can't deal with the degree of individualisation and the many variants that we have today," said Markus Schaefer, the Head of Production at Mercedes. "The variety is too much to take on for the machines. They can't work with all the different options and keep pace with changes. We're saving money and safeguarding our future by employing more people".

A robotics pioneer of recent years has been Boston Dynamics, which was bought by Google three years ago. This has given us autonomous robots such as Big Dog, (which looked more like Terminator Diesel Sheep), which could romp along at a fair lick over rough terrain and was being developed for military use, to act as a workhorse carrying packs for infantry over terrain where conventional vehicles would be unsuitable.

However, despite ingenious advances in the control circuitry, these have been rejected by the US marines who felt that the noisy, smoking, chugging and belching motors necessary to power these mechanical beasts would be a liability to any infantry squadron in the battlezone, and its going to need a huge advance in batteries and electric motors before that changes. Google is now seeking a purchaser for Boston Dynamics.

A fascinating development was illustrated this month in the form of the robotug. Six robots, each no larger than a matchbox and weighing about a hundred grams, were able to combine forces to pull an 1800Kg car. This looks impressive, but the real feat was not the weight they were able to shift, but the fact that their software enabled them to work as a team and combine their pulls for maximum effect.

The software designers took their inspiration from the world of nature where ants similarly work in teams to move objects many times their own weight. The real miracle here though is not the pulling power, but rather it is the ability of the microtug to grip the floor while pulling the car. Again this is inspired by nature. The foot of the microtug is modelled on the microscopic structures of the feet of geckos.

This feat may look superhuman, but in the 2009 World's Strongest Man competition, Britian's Terry Hollands pulled a 44,000Kg aeroplane along a 30 meter course in under 40 seconds. Hollands weighs about 175Kg.

The robotic development of the month has to be this Australian marvel. The antipodean branch of Dominoes has developed a robotic pizza delivery boy. Looking like a cross between Hollywood's Wall-E and a dustbin on wheels, this robot is loaded with an order of hot pizzas at the local pizza shop and then autonomously trundles through the streets of the city to the address of the purchaser, avoiding obstacles on the way.

I am guessing that when it reaches its destination, rather than trying to navigate a flight of steps, take a lift, or ring a doorbell, it probably phones the customer and tells them it is outside waiting. I wonder how long it will be before one of these is mugged for its pizzas, gets into a fight with a dog, is flattened by a bus, or finds itself next to the shopping trolley at the bottom of the canal.

The funniest part of this though has to be the promotional video for it which Dominoes has released. Voiced in the style of an Australian Jeremy Clarkson, it talks about this as a "massive idea" and "harnessing the power" of technology, to change health and safety and the customer experience, in a technology race where "coming second is not an option". The only was it could have been more over the top is if it had proclaimed "This is one small snack for man, one giant pizza with extra toppings for all mankind". 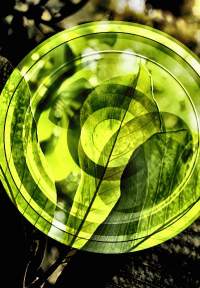