Did you know the Office of Fair Trading has been taking a closer look at whether or not UK Online Shops are keeping legal? There is more about that in this issue, along with some information which will be useful to Windows Vista users, and a lesson on how not to end a relationship.

Do you know your online shopping rights?
According to the Office of Fair Trading, nearly a third of the 500 retail websites it surveyed are breaking laws designed to protect online shoppers.

Capable or Ready?
If you bought a PC with a Windows Vista Capable sticker, you might think you would be able to upgrade it to run Windows Vista. But you could be wrong.

When will the military learn to use encryption?
For a long time the US Government opposed the use of strong encryption on the Internet, arguing that it would be a valuable asset to foreign militia. Why then, if encryption is so valuable, is it still so poor at using it itself?

Once every four years
Once again the world survived a leap year and all the programming bugs that go with it, but 29th February 2008 was not without incident.

The price of friends
According to The Telegraph, a woman has inadvertently run up a bill of thousands of pounds after downloading four episodes of "Friends" using her husband's laptop.

A woman scorned
The founder of Wikipedia, Jimmy Wales, showed his committment to his website by using it to publically break up with his girlfriend. Perhaps that wasn't the smartest thing to do. 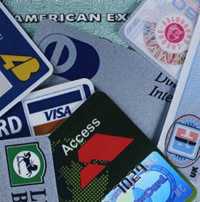