As we approach the Queen's 60th year of reign, it is also 60 years since British radar engineer Geoffrey Dummer proposed the concept of the integrated circuit, sixty years since A D Booth began selling magnetic drum memory, the fore-runner of today's disk drives, and sixty years since the formation of the RIAA, the Recording Industry Association of America.

Who will pay the piper?
Ever since the compact cassette became a household item, the music industry has felt threatened by illegal copying. Is digital copying killing the music industry, or is it time for society to reassess its relationship with the artist?

UK cookie cutter laws come into effect
The EU's revised privacy directive which outlaws tracking cookies without consent came into effect on 25th May 2011. The ICO said it would give companies twelve months grace to become compliant before it took legal action. Now that those twelve months have elapsed, can we expect a flurry of prosecutions?

Don't forget the Equality Act
A report from the charity, AbilityNet, says that some of the UK's most popular price comparison websites are not sufficiently accessible and not compliant with Equality Act (EQA).

Beating the traffic
The roads get busier, the traffic queues get longer, and humanity spends more and more of its time sitting in little tin boxes. Is technology giving us any alternatives?

High-energy diets
A study from the USA reminds us that we should take extra care to keep used batteries out of reach of small hands. Even a depleted battery, if swallowed, can produce enough current to burn the oesophagus and stomach, and there are, of course, heavy metals and unpleasant chemicals inside batteries which should also be avoided. 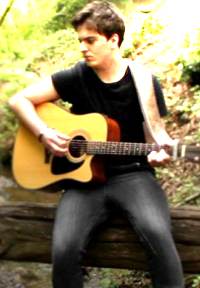