This month saw Ethernet celebrate its 40th birthday and become officially middle-aged. The 33 rpm LP turned 65 although it had already taken early retirement. In the 1980s, Alec Jeffreys created the first DNA chromatogram at the University of Leicester, a technology being used today to check the labelling of beefburgers, frozen lasagna, and lamb kebabs. In the interests of clarity, let me assure you that there is less than one percent horse DNA in this edition of the newsletter.

Old horses, new tricks
Last month I wrote about how children from poorer families may be losing out in education due to limited access to the internet. This month the labour force survey data from the Office of National Statistics raises equally valid questions about access for adults.

ICO changes its stance on cookies
The biggest upheaval to UK websites in 2012 was the implementation of the so-called Cookie Law which created yet another layer of bureaucracy on British websites. In an important development for website owners, the ICO has changed its stance on cookies on its own website.

Would you trust a computer?
Oxford University recently demonstrated its research into autonomous automobiles. Unlike many other robot cars, the OU prototype monitors your driving in order to learn your route and then offers to take over from you. Sounds impressive, but would you really want to take your hands off the wheel?

Thunderbirds are Go
Thunderbirds, the TV classic from 1965, could return to TV screens with a new series planned by ITV for 2015, some fifty years after the original pilot. The same team that resurrected Captain Scarlet will be rescuing Thunderbirds, only this time you will not be able to see the strings. 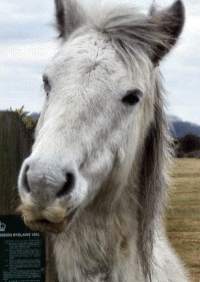