Some of the most important developments in technology go virtually unnoticed. Thirty years ago, August 1983, saw the publication of the MIDI digital music interface standard which is still used today when connecting together keyboards, mixers, samplers, synthesisers, and even electronic drum kits.

Street furniture gets the green light
Birmingham is to take part in an exciting pilot test which will see Virgin Media install 4G base stations inside traffic lights and provide free WiFi across the city centre.

Putting a face to a name
PayPal is testing a system in a dozen shops in the London Borough of Richmond which allows customers to pay for goods using a smartphone but with the twist that the shop assistant verifies their identity from a photograph.

Carelessness is the culprit
A three month study by the Information Commissioner's Office (ICO) has concluded that the majority of privacy breaches reported to it were the result of carelessness and human error.

A talking shop on e-crime
An all-party parliamentary committee of eleven MPs has concluded, after ten months of hearings involving police officers, academics, banks, big businesses and ISPs, that the UK is a number one target for cybercriminals and that we are losing the war on E-crime.

Happy 30th MIDI
It is rare in technology for something to have endured 30 years, but the MIDI standard, conceived in 1983, remains the lingua franca of digital music. 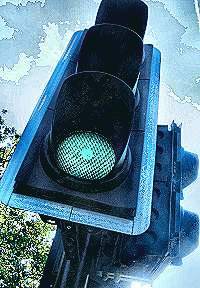