Has it finally stopped raining? 6,500 properties have been flooded since December and "Money is no object" David Cameron announced that the government has set aside Ł4m to cover tax-exemptions for flood victims, about the same as it has spent on its Cyber Streetwise website. To Facebook that's a drop in the ocean. The social networking company has splashed out over Ł9bn on mobile messaging service WhatsApp.

Facebook gets the message
Ten years old this month, Facebook has spent two billion pounds in cash and nine billion pounds in Facebook shares on acquiring the WhatsApp application along with its userbase of 450 million subscribers. Does WhatsApp really open up that much increased advertising potential to Facebook, or are there other reasons behind the purchase?

The easiest way to make a million
With the ongoing media hype around bitcoin, its not surprising that other players are trying to get in on the act, including hardware makers, me-too cryptocurrencies, and, of course, the scammers.

The year of cluelessness
The government's "Year of Code" scheme, designed to get kids as young as five to program computers continues to come under fire. Clive Beale, a former teacher and now director of education outfit Raspberry Pi complains that the word "coding" has been "hijacked and abused by politicians and media who don't understand stuff".

The bottom line on email
When email disclaimers first appeared, many years ago, I thought they would be a passing fad, but with each year they instead grow more elaborate and contrived. Do you have the right legal information on the bottom of your email? 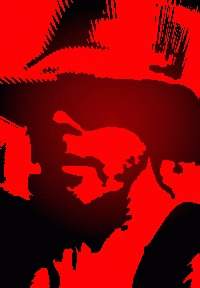