In the run-up to the General Election, you will be relieved to know that this issue focuses on anything but politics. Instead we are taking the opportunity to tell you about some research we've been conducting into screen sizes and some interesting developments in mapping.

What size is your screen?
When discussing website designs, we are often asked what size the "standard" screen is, or the average size that most people use. We always point out that websites need to work on a range of screen sizes. Some research we have carried out suggests that the range is even greater than we imagined.

Freeing up the OS data
The last government has seen a lot of data placed into the public domain, but not some of the really useful data that website builders and small UK businesses are crying out for. The Ordnance Survey has gone some way towards meeting that need by freeing up some of the small-scale and mid-scale mapping data.

Watching the world
Google frequently receives requests from government agencies and police forces around the world for usage data on named individuals in investigations, from data compiled by Google's various tracking tools. Now Google has released top line statistics to show which countries made the most information requests over the last year.

Keeping tabs on you
Google is again facing questions from governments over its StreetView project. Ten countries, including the UK, Germany, France, Canada and New Zealand have all complained that Google launched StreetView without "due consideration of privacy, data protection laws and cultural norms."

Pedestrians from space
In possibly the largest survey of its kind, Reuters Ipsos polled 23,000 people in 22 countries and discovered that around 20% of the earth's population believes that aliens walk amongst us. 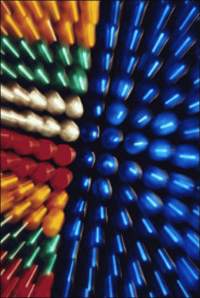