A recent survey revealed that one in eight God-fearing Americans would surf the net on their mobiles whilst attending a church service. Technology... we can't live without it, and yet the same survey also found one in ten Americans would rather have a colonoscopy than spend time cleaning up their computer.

Google reveals real-time search
If you have used Google Search over the last month (and I'd be amazed if anyone hasn't), you may have noticed that Google is sometimes delivering search results as you type. Will this latest development change the search engine landscape?

Giving surveys a bad name
Humanity in general is genetically predisposed to not reply to surveys, but in some people a genetic variation makes them positively want to answer surveys. At least, that's the conclusions reached by researchers who... carried out a survey.

Next generation accessibility
High speed broadband networks could improve access to information for elderly people and people with disabilities,... according to Ofcom.

Don't get mad, get even
We've all felt frustrations with our computers, but mostly we keep it under control, unlike Joshua Lee Campbell of Salt Lake City who got mad, got drunk, and then shot the company server with his revolver. 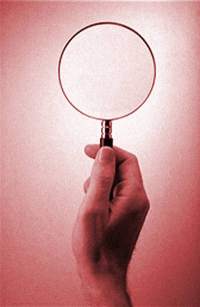