As September rolls around and the nations's youth return to college and university, a survey by internet company Cisco reveals that a third of students feel the Internet is as important as air, food, water and shelter and two thirds said they couldn't live without it. How did mankind survive in the olden days.... by which I mean the 1980s.

The nation goes mobile
According to the Office of National Statistics, (ONS), there has been significant changes over the past 12 months in the way the UK accesses the internet. 45% of the country's internet users accessed the net using some form of mobile technology in the past twelve months.

Networking at work
A few years ago we often had employment disputes over inappropriate use of email while at work. Nowadays the baton of dispute has been passed to social networking, particularly Facebook and Twitter. ACAS to the rescue?

Ever faster net connections
Fibre networks are no longer the province of governments and corporations. It is coming to the home, and is now available from some ISPs.

Carder gets the red card
An Indiana man has been sentenced to 14 years in prison for selling counterfeit payment cards that caused more than $3 million in losses. He was also ordered to forfeit more than $2.8 million in proceeds and pay a $250,000 fine.

Do you want fries with that?
If you buy your iPad from someone in the car park at McDonalds, don't be surprised if it doesn't live up to expectations. 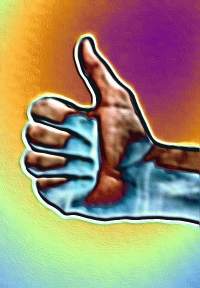