This month's issue, number 61, marks five years since we published the first issue of our newsletter, and fifteen years since the formation of Skill Zone Ltd, which makes us a few weeks younger than The European Central Bank, and a few weeks older than The Angel Of The North.

EU warns on consent by inertia
In January, the EU Commission proposed a welcome reform and harmonisation of privacy and data protection directives, some of which are particularly relevant to UK website operators.

Doing the sums on the digital divide
The internet has massively changed our access to information, and its great as an educational tool, but more than a third of poorer households do not have internet access and the E-Learning charity claims children without home internet are "losing out big time".

Two cans of lager and a packet of cheese?
Each January, Las Vegas hosts the massive Consumer Electronics Show where the world's manufacturers gather to show off the latest ideas for the industry and place their bets on future trends. A recurrent theme this year was connectivity in appliances.

The accessibility dividend
For too many years, too many people regarded making technology accessible as a burden. For that matter, even requests for simple courtesies like ramps on kerbs and braille markings on lift buttons caused raised eyebrows. Now though, things pioneered as assistive technologies are becoming mainstream must haves.

117 bricks of fun
In December, the US announced that it was to sell four hi-tech high altitude spy drones to South Korea at a cost of a little over a billion dollars. Meanwhile, computer programmer Ed Scott has built a working spy drone for his son using 117 blocks of Lego. 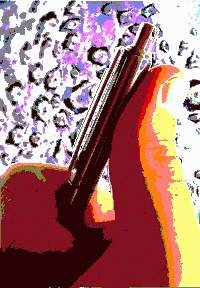