This month the US Government reported that it has just under $49bn in reserves and cash equivalents. The UK government is doing rather better with just over $70bn in reserves. Those two added together still don't match the $158bn that Apple has squirrelled away for a rainy day.

Big data, big assumptions
While David Cameron talked vaguely about how we needed to embrace Big Society, technology firms talked equally vaguely how the future was Big Data. The poster-child of Big Data was a system for predicting flu outbreaks, but researchers at North Eastern University in Boston reckon the accolades were premature and the predictions were almost always wrong.

How does a website make social impact?
Does the world need yet another social network? What about a website which states that it is a social network that seeks to encourage a culture of giving and receiving?


Symantec has released its Threats Report for 2013 and one of its main conclusions is that ransomware attacks grew by 500 percent over the previous year, and turned vicious.

The virus placebo
Do you have an Android phone or tablet? Do you have an anti-virus app on it? If it is the chart topping Virus Shield app which cost just $3.99 then you might just be in for a shock. 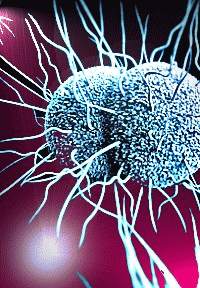