How many of you remembered to put your clocks forward recently? And have you ever wondered why we have just five months of Greenwich Mean Time and seven months of British Summer Time? Meanwhile, MPs are now free to surf and tweet. The times they are a-changing.

The ides of March
With surprisingly little fanfare, Microsoft has released version 9 of its browser, Internet Explorer, and finally we can have rounded corners on boxes.

The cost of the census
By now you should all have completed your Census and recorded where you were on the night of 27th March for posterity. But does posterity care?

The expense of the expenses system
Whilst surveys can be statistical approximations, some applications, such as accounting, need to be precise to the last penny. What does this precision cost?

Here's looking at you kid
Would you like to be able to control your computer sci-fi style, just by looking at the screen and having it track your eye movements? That vision may be closer than you think.

Rattle those keys
Before you read this article, get out your keyring. How many keys do you have on there?

What not to put on your CV
Recent research into job applicants found the apparent contradiction that whilst 82% of IT candidates thought they were good at interviews, 66% of recruiters said they had seen candidates with poor recruitment skills. Of course, there is nothing mathematically unusual there, except the oddity that people who try to add unrelated percentages together are often surprised when they don't add up to a hundred. 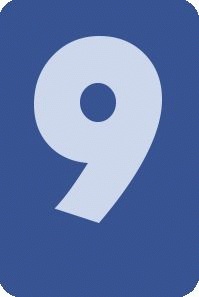