Here in Britain, we talk a lot about the weather, and it seems that when we wander through that fuzzy cloudscape of the internet, the weather is one of our favourite subjects there too.

Unlocking the CAPTCHA code
Most of you reading this will have come across the so-called CAPTCHA code, those hideously ugly graphics of words or numbers that you have to type into a box when filling in a feedback form or registering for a web service. They are designed to defeat the automated tools used by spammers, but do they work? Not according to researchers from Stanford University who say that the vast majority of text-based anti-spam measures are easily defeated.

And its raining
Every day, two hundred million people post minutiae of their lives to Twitter. Mathematicians at Bristol University have developed ways to turn this mass of mundane messages into an event tracking tool.

Questions of ownership
In the past we have seen high-profile disputes over ownership when companies have allowed their internet domains to be registered in the names of individual employees who subsequently leave the company. Now we are starting to see the same sort of problems with social networking accounts.

Argentina makes Falklands bid
Is this 1982 all over again? The Argentine Association of Internet Users has written to ICANN requesting that administration of the Falkland Islands (FK) and South Georgia (GS) domains be handed over to Argentina in a timely manner.

The phone addiction
People often think of the mobile phone as modern technology but they've been available for more than twenty years now, and in the last five years, for many people they have become more important than alcohol, sex, and even chocolate. 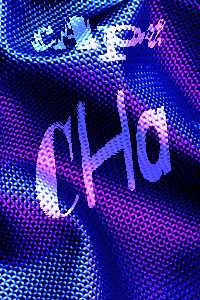