According to a recent study, the average phone-owning teenager in the USA now sends around 50 text messages a day to friends, with late teens girls being the heaviest users, sending up to 100. Even 50 a day is about one every 20 minutes during waking hours. If we didn't have mobile phones, imagine how many carrier pigeons the world would need.

Politicians in a flap again
The campaigning for the London Mayor elections is in full swing and the incumbent Boris Johnson came under fire earlier this month when he changed the name of his Twitter account from MayorOfLondon to BackBoris2012. "Unfair" shouted his opponents, but if it is his own Twitter account, surely he can rename it if he wants to?

Spending from the public purse
Do government offices too easily to spend our money? At a time when everyone has to find cost savings, HMRC has, over the last two years, miraculously cut its annual IT spending by half, from Ł1.4 billion to Ł700 million.

Will we pay for content?
Research on both sides of the Atlantic by Nielsen indicates that the British are less likely to subscribe to pay sites or pay to download content than their US counterparts.

Tell me what I say
Have you seen the Apple adverts for Siri? It brings Star Trek levels of voice control to the iPhone. But does it do what the adverts claim?

Tom Tom turn around, don't ever let me down
Tourists have once again proved our blind faith in technology when they followed directions given by their satnav and ended up embedded in a mud flat. 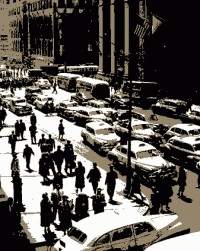