In August 2001, the Telegraph carried a story headed "Computer games make children anti-social". Research at the time indicated this was because computer games were too simple to stimulate crucial areas of the brain, leading to underdevelopment and consequent behavioural problems. Twelve years on, I saw a report this month which says "Video games may boost heart health in kids". Now if only video games could get them to eat fruit as well.

Lessons for parents
Many educationalists (and of course the computer industry) would like to see a computer for every child but is that necessarily a good thing? Some say computers stimulate the mind. Others would like to see kids doing healthy outdoor activities instead.

Quiet changes in copyright law
If you produce intellectual property, whether that is the written word, music, photography or software, you need to know that the recently passed Enterprise and Regulatory Reform Act (ERRA) has little-publicised consequences for copyright owners.

Privacy is a priority
You may have spotted an advert on TV recently for Microsoft which uses the line "Your privacy is our priority" and which tells how Internet Explorer has a Do Not Track feature built in. But what is Do Not Track, and does it work?

Ring that bell
Modern smart phones include NFC (Near Field Communication) which lets you do smart things like pay for tube journeys with a tap of the phone. Now an enterprising Norwegian developer has come up with a new use for NFC in the shape of the Doorbl app. Instead of ringing a doorbell, you can now tap the front door with your smart phone. 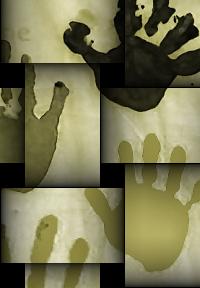