Twenty years ago, Apple introduced the Newton, a hand-held forerunner to today's tablets PCs. Around the same time, Windows was first making waves on the desktop, Microsoft Office was emerging as an all in one software package, and Bill Gates became America's richest man. Twenty years on, hand held computing is finally becoming commonplace, and for the twentieth year running, Bill Gates is declared America's richest man.

Thumbs up or thumbs down?
Apple launched its new iPhones this month, and the most significant long-term enhancement could be that it brings the biometric fingerprint scanner to the mass market.

You really must not spam
The UK and EU has regulations which are supposed to cut down on the amount of unsolicited spam and marketing phone calls we receive, but an increasing number of companies seem to ignore that rule and believe they are conducting legitimate marketing. The ICO has issued new guidelines which addresses direct marketing.

Grenades on a plane
No, its not a new movie starring Samuel L Jackson. Its a stern warning not to do it from the US Transport Security Administration (TSA). Sometimes you just have to state the obvious.

Dad's credit card
How much would you expect to pay for a server? One teenager has just paid $33,000 for one in an E-Bay auction. Where does a teenager get $33,000 from? He uses his father's credit card.

Teaching old dogs new tricks
What should you do with man's best friend in the Internet age? Teach him to use an iPad of course. 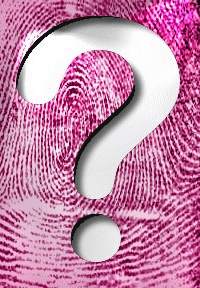