Twenty five years ago this month, in March 1989, Iran broke off diplomatic relations with the UK over the Salman Rushdie book, Jason Donovan was top of the charts, Nigel Mansell won the Brazillian Grand Prix, and Tim Berners-Lee penned the document which proposed the information framework we now call the World Wide Web.

That small moment in time
"We should work toward a universal linked information system, in which generality and portability are more important than fancy graphics techniques and complex extra facilities", said Tim Berners-Lee. This sounds like an insightful comment on the state of today's website fashion but it is, in fact, the conclusion of his visionary paper written in 1989.

XP to become an Ex-Parrot
On the 8th April, Microsoft will end its support for Windows XP, and some are predicting that a wave of attacks against these "obsolete" machines will be unleashed by hackers on April 9th.

Where have all the Bitcoins gone?
MtGox, one of the largest Bitcoin registries, the equivalent of an online bank for the Bitcoin cryptocurrency, has collapsed, taking with it almost one tenth of the world's Bitcoins.

Welcome to Usbonia
Twenty five years after the birth of the web, an online survey by VoucherCloud to test people's understanding of modern technology jargon reveals that 11% of American adults think that HTML is a sexually transmitted disease. 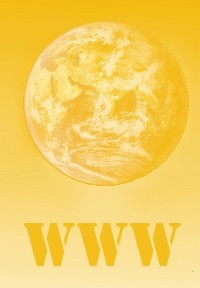