In the summertime when the weather is high, you can stretch right up and touch the sky, sang Mungo Jerry back in 1970. Summer has arrived with a vengeance, although it may well be over by the time this email arrives. If you decide to work outdoors with the wifi enabled tablet, don't forget to use the sun screen. If you decide to take a drive, don't let the technology be a driver distraction.

The popularity penalty
We all like to think that our words will find their way to the top of search engine results, but a french court has fined a blogger for being too popular in Google.

Crackdown on copycats
If you have applied for a passport recently, or tried to renew one, you will have discovered that its taking a lot longer than the standard three weeks for the document to be issued as the Passport Office struggles with a backlog of tens of thousands of delayed applications.

The lightbulb moment
Cambridge Silicon Radio has developed a system for building bluetooth into light bulbs and light switches. Soon you will be able turn your lights on and off using an app on a bluetooth-enabled smartphone, without ever having to leave your armchair.

And I bring you,... Fire
When police officers asked a motorist why he was parked on the hard shoulder of the motorway, he told them he had stopped because the display in his high tech car had warned him it was about to burst into flames. It turns out the display was showing the name of the song he was listening to on the music centre, that song being Adele's FIRE. 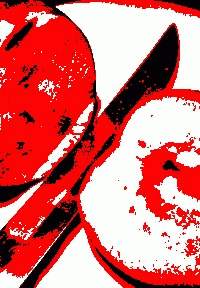