On June 30th at 23:59:59 we will have that rarity, a leap second, to keep our clocks in synch with the spinning of the earth. It should be over in little more than the blink of an eye, but still a major tabloid warns "It could break the internet". If the internet is broken on July 1st, we might not have a newsletter next month.

Emoji coming to a cashpoint near you
Forget your schoolboy French, or your hopeful Esperanto. If you want to be young and trendy it appears you've just got to learn to use Emoji.

Edging towards Windows 10
Twenty years on from the launch of Windows 95, July 29th has been set as Windows 10 launch day, a move which computer makers hope will inject some life into the world's retail markets, and web designers hope will push more people towards web standard browsers.

Password reset scams
Users of many webmail suites such as Gmail or Outlook register their mobile phone numbers with the service as a way of getting password reset codes sent to them securely, but Symantec is warning that scammers have worked out ways to con users and engineer the situation to their advantage.

Dwindling SMS
Google has emailed its Calendar users to tell them that the SMS reminders service will be withdrawn on June 27th, although they will still be available to people who have a paid subscription to Google Apps. Is this the beginning of the end for SMS?

The final frontier
Angeles Duran from Spain is attempting to sue eBay for ten thousand Euros after it refused her listing to sell the sun. Ebay blocked the sale on the grounds that the sun is not tangible and cannot be sold. Duran insisted that it is a real product. 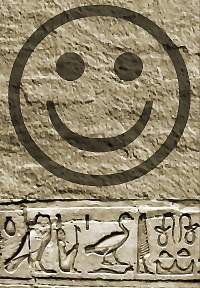