In the 19th century, psychologist William James said "If you repeat it often enough, people will believe it", but so many websites now attribute this quote to Lenin or Geobbels that people believe that this must be true, except for one source in Yahoo Answers who says "I heard it was Hitler". Whoever really said it, they could never have dreamt of the power of industrialised repetition on the internet.

Conversing with a bot
People using Twitter to discuss the topical issue of illegal immigrants found they were receiving messages asking them to change their use of language. Some of these people didn't realise they were talking to a computer program.

The man machine interface
Windows 10 is out, and determined to become the next great computer interface and succeed where Windows 8 failed, but early impressions are not overwhelming, and we are finding the devil is in the detail.

Extending the senses
Affordable thermal imaging coming onto the market opens up lots of practical and creative uses for this technology, but it also creates new security issues.

Organics versus the machines
What does a bear do in the woods? It gets seriously stressed out when it sees a camera drone?

Organics versus androids
Human-like robots are entering our space with varying degrees of acceptance and the varying ways humans will accept life-like robots was explored in the thought-provoking TV drama, Humans. But what happens in unscripted real life?

The future starts when?
Each version of Windows has an advertising slogan dreamed up by the marketing men. Have you noticed the Windows 10 slogan, and did past versions live up to their taglines? 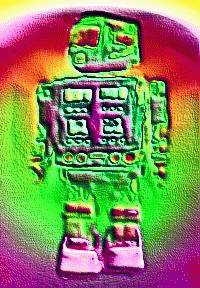