At one time a new release of Internet Explorer would have come with a great deal of fanfare, and a war of words between browser makers, yet the latest release of IE has raised barely a murmur. Nevertheless, it raises important questions for website developers and owners.

Eight nine ten, here we go again
Almost two years after its first preview, Microsoft has begun to roll out the auto-upgrades of its next version of the Internet Explorer browser, IE10, and this release promises even more support for web standards, improved handling of CSS, and better performance from javascript, but all this is not necessarily good news for website developers.

Keeping an eye on augmented reality
Raise your glasses to the forward-thinking Five Point Cafe in Seattle which this month has banned the use of Google Glass on its premises to protect its customer's privacy, even though the product is still not widely available and most people don't yet know what it is.

Elephant Juice
Star Trek fans like to claim that the communicator was an example of Gene Rodenberry predicting the mobile phone, although if it was, he completely missed text messaging, touch screens, and the built in cameras. Soon, UK sci-fi fans will be able to point to a talking head on their mobile phone and say "that was invented on Red Dwarf".

Re-inventing the university
Complacent British universities that fail to respond to the rise of online degree courses will be swept away by global competition,... according to a report into the future of higher education.

You'll come a'waltzing St Hilda with me
Have you heard of the Harlem Shake? Its the latest seven day wonder sweeping YouTube. The original video featured several people in costumes doing an uncomplicated dance routine to an excerpt of the dance song "Harlem Shake" by American artist Bauer. Others made there own 30 second parodies of this video and it became a viral craze, peaking at several thousand shake videos being uploaded in a single day during February. 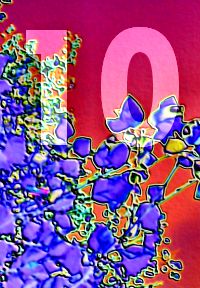