Did you watch the solar eclipse? Fears that it would put a strain on solar power generated electricity supplies proved unfounded, but there was a huge surge in power demand shortly afterwards as people rushed back indoors to put the kettle on.

Do we need more domains?
Back in 1985, Symbolics became the first company to register a dot com domain name. Another four domains were registered in that first year. Thirty years on, there are around 288 million registered domains in use, and dot com remains the most popular, accounting for 116 million of those.

Biting back against robot diallers
Officers from Trading Standards have raided a Brighton call centre suspected of using automated diallers to make millions of calls about debt management and payment protection insurance.

Kickstarter kicks investors
The internet has made crowdfunding practical, a way for inventors and entrepreneurs to raise investment for projects. Kickstarter has been the most successful funding platform, but recent events show it is not as safe for investors as you thought.

YouTube breaks even
According to information leaked to the Wall Street Journal, nine years after Google bought YouTube, it has a billion users each month but still only manages to just break even. This highlights how hard it is to make money from the Internet, even if you are one of the world's biggest websites.

Giants of the TV age
At one time, the fireplace was the centre piece of the living room, but since the 1950s it has increasingly been the TV set. On March 23rd of 1951, the world's largest TV was unveiled in Houston, a huge 30 inches. In March 2015, the large TV of modern times is the LG Electronics curved screen monster which measures 105 inches across the diagonal. 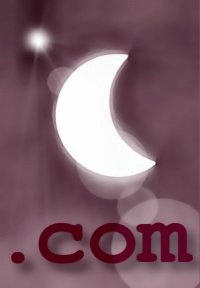