If you think six weeks of relentless news coverage of the run-up to the UK General Election feels too much, spare a thought for the voters in the USA where campaigning has now begun for the presidential elections of November 2016.

When politicians try to be cool
The electoral commission is reporting that record numbers of people are registering to vote this year, and a lot of the credit for that is being given to online registration.

The European marketplace
Why don't we buy more online from EU countries other than our own? asked European Competition Commissioner Margrethe Vestager. According to the commission's research, about 15% of EU citizens who buy online have bought from a different EU state.

A million fake diet pills
Social networks influence our perception of products. Real people giving honest opinions tell us far more about a product than any advert, but should we believe them? Three quarters of a million women on Twitter tweeting about diet pills all turned out to be one man.

ICANN wants help putting cat back in bag
When ICANN consulted the public about its new TLD schemes, people around the world said it was a bad idea, but like all organisations carrying out public consultations, ICANN ignored the responses and did what it wanted to do anyway. Now it realises it has created a monster, and is asking the US and Canadian governments to help solve a problem.

Cops on camera
Whilst police forces in parts of America are reeling from the repercussions of police behaviour caught on camera, the London Metropolitan Police has taken the brave step of announcing that it is to begin purchasing up to 30,000 body cams for officers on the beat, to make itself "the most transparent police force in the world".

Supporting local artists
One of the great success stories of the internet is the way that it has empowered musicians and music lovers to be able to create and distribute quality music from previously unknown artists. 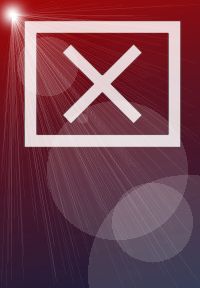